I first came across Joon Park (Park Joon-Hyung) on a variety show called Roommate.  Park’s outgoing and tell it like it’s personality immediately endears viewers to his onscreen persona.  His frequent chants of JYP Nation and BAAAM! have become synonymous with his brand.

Joon Park is a Korean-American singer and entertainer.  He’s best known for his involvement in the boy group Groove Over Dose (aka G.O.D.).  The group is part of the first generation of K-pop music.  These talented artists paved the way for today’s global phenomenon.

G.O.D. consists of a five-member group that had their debut in 1999.  Their most notable accomplishments include their third album which sold over a million copies prior to the digital Itunes era.  The group discontinued group activities from 2005-2014 as each member pursued solo careers.

Joon’s YouTube channels have over 1.2 million subscribers and centers around experiences in Seoul, South Korea.  Coca-cola guzzling, dab handshake, and a down to earth celebrity are how I would describe his hosting style.

An added bonus of the show includes witty commentary written by the writers and producers of the show.  Their comments frequently pop up on the screen as they follow him around in his misadventures.  It’s sorta like their inner thoughts on how they feel as they film his encounters.

Although, Joon is able to gain a behind the scenes access because of his celebrity status he doesn’t reflect this in his interactions with fans and locals.

One of my favorite episodes includes him visiting the top music entertainment companies in South Korea.  He first visits his previous company JYP and recalls old memories of life as a trainee.  His funny antidotes add an element of comedy to his encounters with staff members and current trainees.

Next, he goes to SM Entertainment and has lunch in the cafeteria with special musical guests.  Food prices along with review are given as the episode progresses.  After filming the SM dance studio and their convenience store he visits the last company.

After he arrives at the building, he confirms it’s the correct location and is denied access.  He’s still subject to the rules and regulations of showbiz.  An appointment is necessary.  To watch the complete episode check out the video down below.

Joon Park YouTube channel is great for anyone looking to learn Korean.  Every Friday there’s a new episode and each episode includes English and Korean subtitles.

What’s some of your favorite Korean dramas, variety or reality programming that you watch?  I would love to read about it in the comments down below. 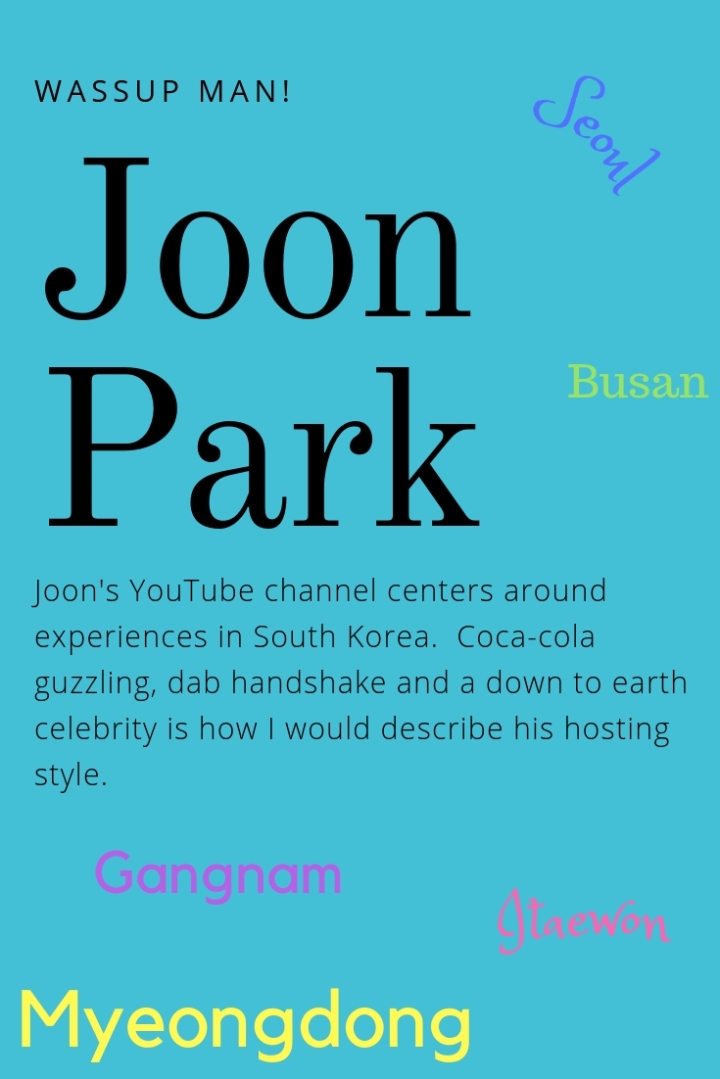 Writing and Web Development education, I am a Kpop and KDrama lover, love to travel and learn about different cultures.  I have traveled to California, New York, Nevada, Tennessee, Georgia and Ohio.  Additional counteries include South Korea and Japan.  Wish list: Thailand, Phillipines, and Malaysia.  View full profile here