The heatwave is on in California and I like everyone else searching for ways to beat the heat.  Usually, I avoid tourist areas during peak periods because of the crowds and traffic congestion.  However, I made an exception to the rule and my sister and I decided to go to the Long Beach Aquarium Of The Pacific.

Long Beach Aquarium Of The Pacific

The aquarium is celebrating its 20th anniversary this year.  Their mission: “Instill a sense of wonder, respect, and stewardship for the Pacific Ocean, its inhabitants, and ecosystems.”  I believe this goal will help conserve the ocean inhabitants for year’s to come.   The aquarium is centrally located near the Long Beach/Los Angeles harbor so it provides a cooling saltwater breeze. 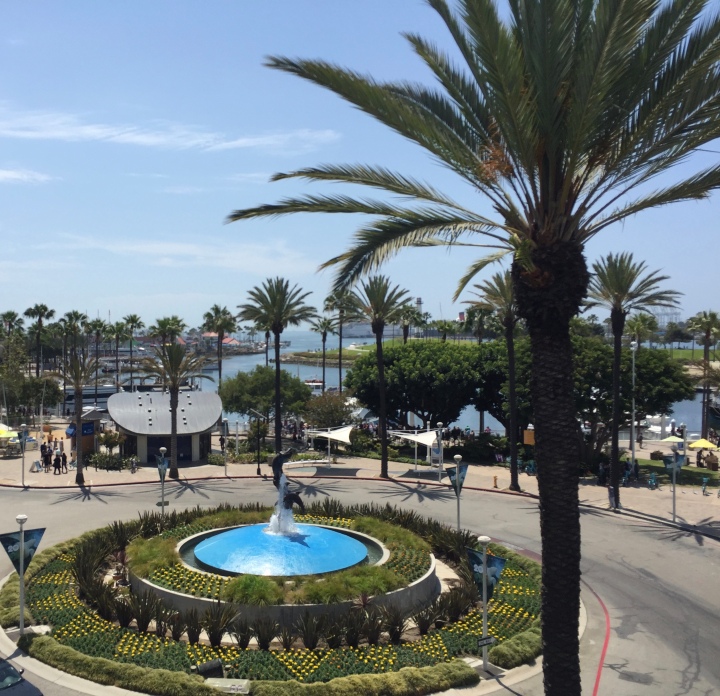 After parking, we made our way over to the aquarium and were greeted by jazz music playing.  We prepaid for our admission so we were able to go over to a small kiosk to print our tickets without waiting in line.

Currently, the front of the building is under construction.  They’re building a new front wing called Pacific Visions that will not be completed until next year.  Immediately, to the left of the main entrance is a marine-themed gift store.  We decided to visit the gift store last so that we wouldn’t have to carry our souvenirs around all day.  * A lesson learned if you’ve ever visited Disneyland.

The first exhibit we visited was the Southern California Baja Gallery.  A floor to ceiling viewing area allows you to see some of the largest fish and kelp inside the aquarium.

Helpful tip: Be prepared to spend extra time at each viewing to make room for people who take pictures.  Additionally, if you walk to the middle or the end of a viewing area it’s usually less crowded and you’re able to get better photos.

Next, we went past the harbor seal pup exhibit.  The seals swam by so fast that it was really hard to get a good picture.  However, their fast-paced movement and noises excited the young children who stood in awe at their agility.  We moved outside to continue viewing the seals and sea lions. The hot air was slightly relieved by an outdoor water mister.

There were food stalls selling water, and other beverages, however, the price was a little too expensive so we decided to visit the bird forest.  According to the brochure the forest opened in 2001 and is part of a conservation breeding program.  The program assists the Lorikeets as they’re on the endangered species list.

Sharks and stingrays swam around the lagoon as a tour guide explained the different species.  Although there was a very large stingray inside the lagoon most visitors focused on the shark.  It’s nice to know that I’m not the only person who is still affected by the movie Jaws.

The hot weather was becoming unbearable again so we skipped the moon jellies touching exhibit and went back inside.  *Fun fact: Throughout the aquarium, there are several learning stations for children to complete activities in conservation and ways to reduce plastic pollution.

On the second floor, we were able to clearly see the giant blue whale display that spans halfway across the ceiling.  An impromptu video began and the lights were darkened as a video on the conservation efforts of the aquarium began to play.

To keep our energy going we decided to grab a bite to eat.  We choose the chili-cheese french fries and a drink which cost more than seventeen dollars.  Cafe Scuba has both indoor and outdoor seating area so it’s perfect for whatever season.

We joined other families and couples as they munched on their snack favorites.  *Most popular item seemed to be the chicken strips and french fries.

After a brief rest, we went into the Tropical Pacific Gallery exhibit.  Home to more than 500 animals the tropical reef contains more than 350,000 gallons of seawater.  Coral colonies, frogs, seahorses, and fish were all so beautifully colored it almost seemed like a painting. 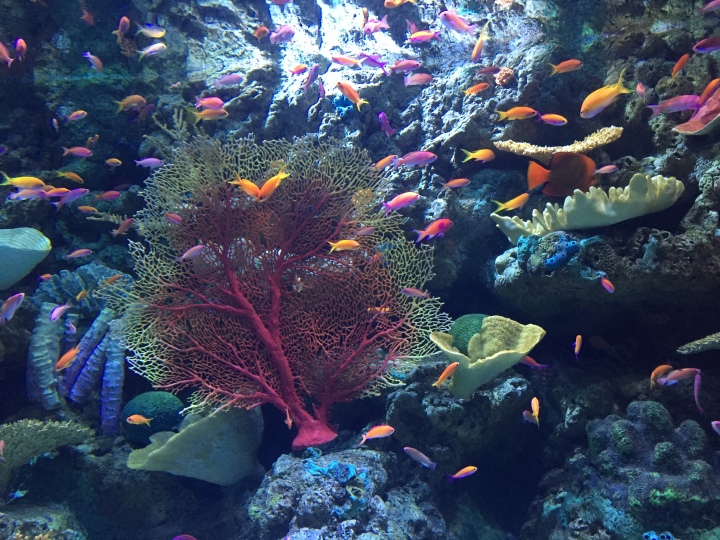 *Be sure to check AAA and Costco for discount savings if you plan on visiting multiple attractions.  To obtain more information on the Aquarium Of Pacific check out their website.

Within walking distance of the aquarium, there are two different boat tours.  The harbor boat tour is $15 dollars and lasts for forty-five minutes and tours the Long Beach/L.A. harbor.  In addition, there’s also a whale watching tour where you can go out to the Pacific Ocean and look for whales, dolphins, and sea lions.

Prone to motion sickness than there’s also the Queen Mary nearby.  Currently, the Queen has a Diana: Legacy Of The Princess exhibit on display.  For more information on the Queen Mary check out their website.

Pike outdoor shopping mall and restaurants are located adjacent to the Aquarium.  In front of the mall, there’s a Ferris Wheel and a bungee trampoline ($12 cash only) for outdoor fun.  For hours of operation and more information check out the Pike Outlets Mall website.

If you enjoyed this post check out similar posts:

Don’t forget to pin for later! 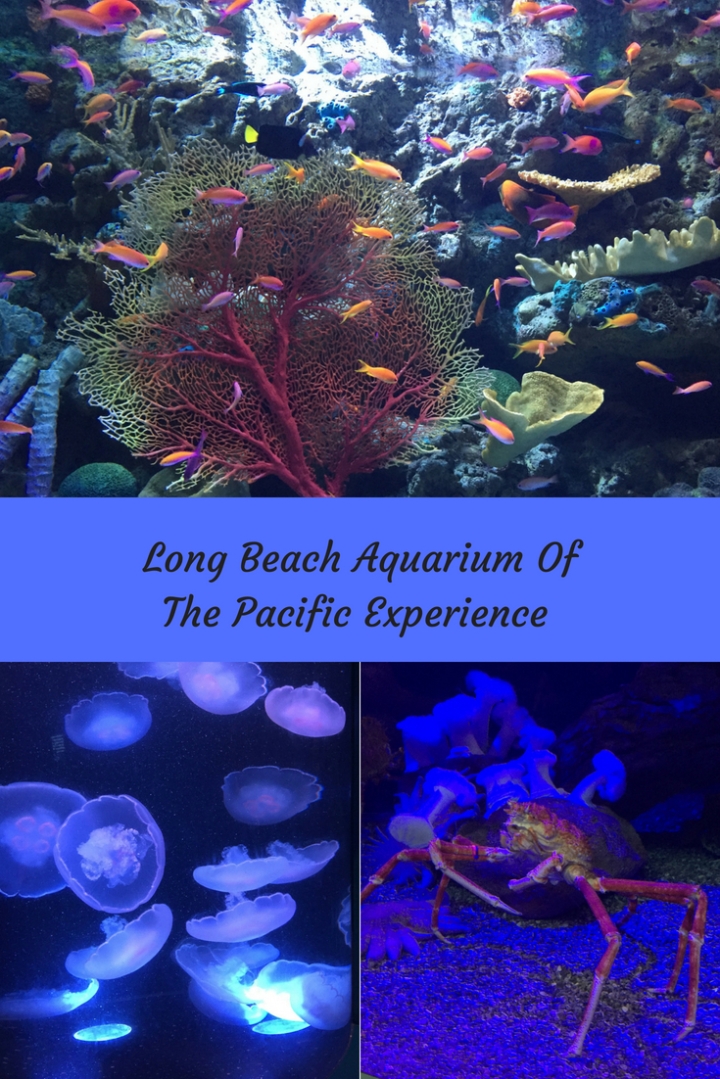 3 thoughts on “Long Beach Aquarium Of The Pacific Experience”